Photo of a plaque of US Patent

Automatic Detection for Touch Through Glove

This Verizon Wireless patent addresses the use of touch screens for gloves and other related  situations:

This is a state diagram of Visually Impaired (VI) mode. This describes when and how users enter or exit this mode from power-up, time-out and idle states.

This Verizon Wireless patent addresses the issue of screen display power consumption when it is not used by blind users or not being viewed by sighted users.  This accounts for various potential states of the mobile device and shuts down the display when it is not in use. (Co-Inventors: David Philbin and Yuk Li) 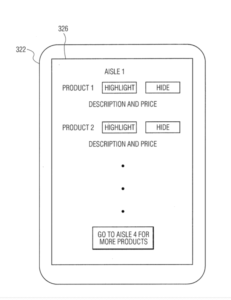 This Verizon Wireless patent creates a personalized way finding application for customers visiting retail stores.  The patent proposes to help customers locate items on display in the physical environment.  My contributions to this patented included inclusive and universal design concepts that account for a diverse customer set.